Greg Magarshak's Travelogue in the second half of 2022

In the past few years I have had some great adventures meeting people from the crypto and libertarian communities, raising money for Intercoin and making partnerships. A few years ago, for instance, I got to hang out a bit with the founder of Cardano, Charles Hoskinson: 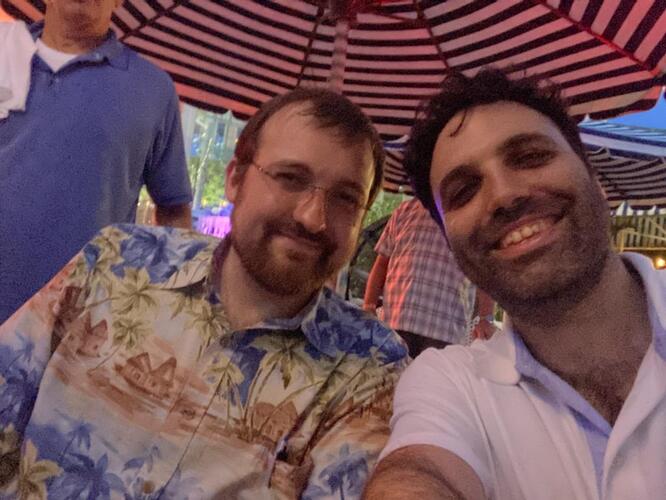 Well, 2022 was quite wild. Here is the travelogue from the first part of the year. And this is Part 2.

In August, I went to FreedomFest 2022 in Las Vegas and met a ton of libertarians.

There’s my friend Mark Edge, a founder of Free Talk Live, the largest libertarian talk show. We had built an app for their podcast community, and plan to grow it this coming year: 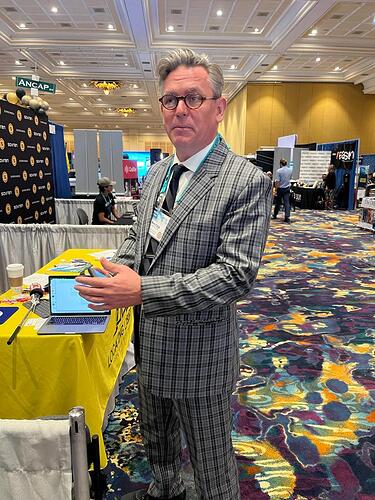 The President of the Libertarian party (at the time) 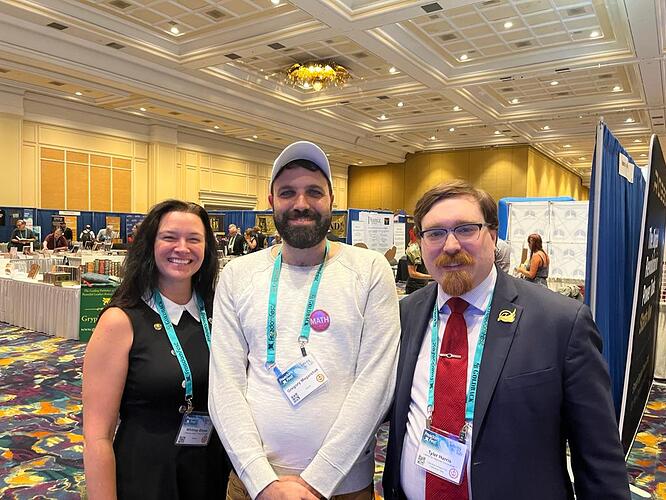 Here I am with Ben Swann (for those who know him). 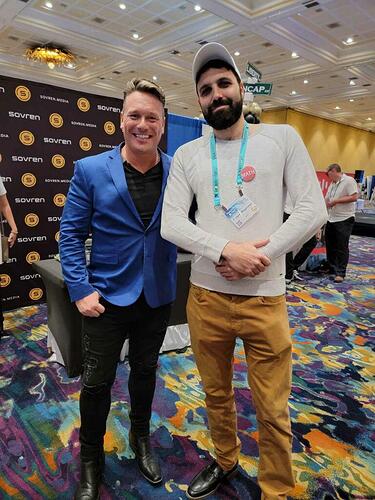 Spent a lot of time with Cesar Marquez at the Forward Party booth. After all we did build yang2020.app … and now that the Forward party is the third largest political party in America, we might be building an app for them, too. 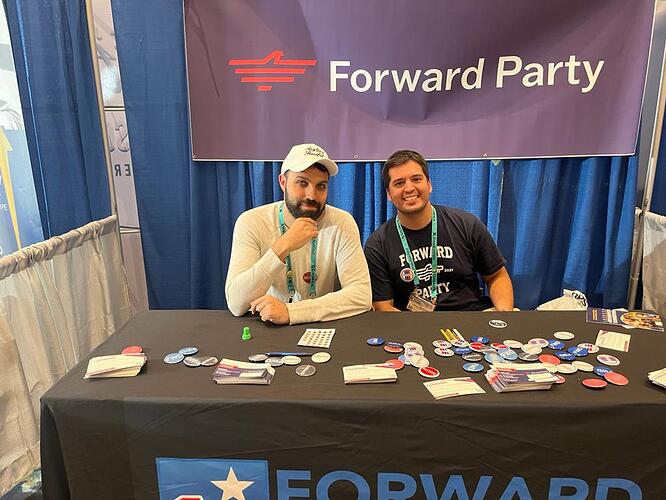 We wound up designing the first features of the Forward Party app later. The future was so bright, we all needed to wear some shades in Vegas: 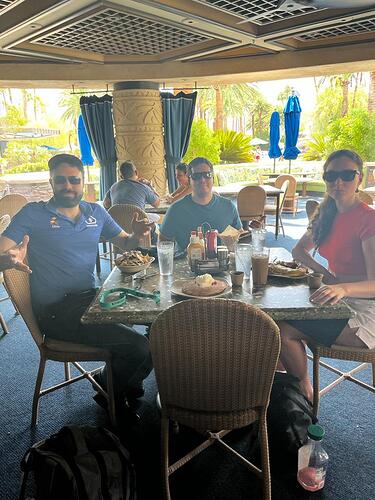 Spent some days at NFT NYC right here at home. @TylerIntercoin from our team came out to network together! 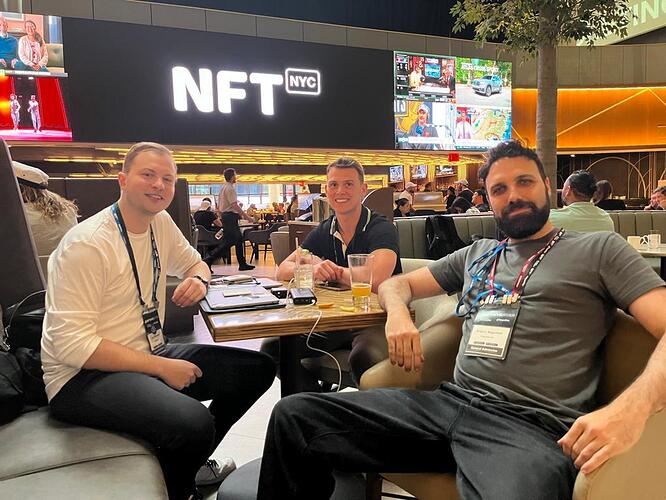 Our investors introduced us to a small boutique investment bank in New York, who are very bullish on Intercoin. 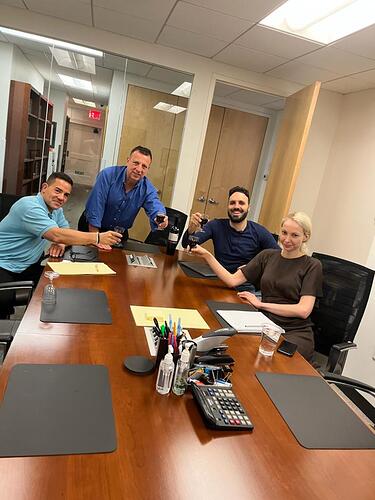 They invited us to the Harvard club and met some fantastic people. That lady in the middle is part of a family that runs Madison Square Garden. 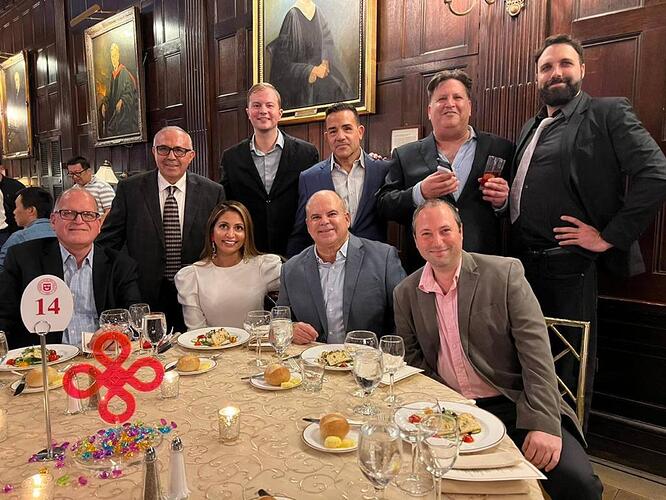 Later that evening, I went to an event sponsored by Ready Player Me, and met their very friendly CEO, Timmu Toke! 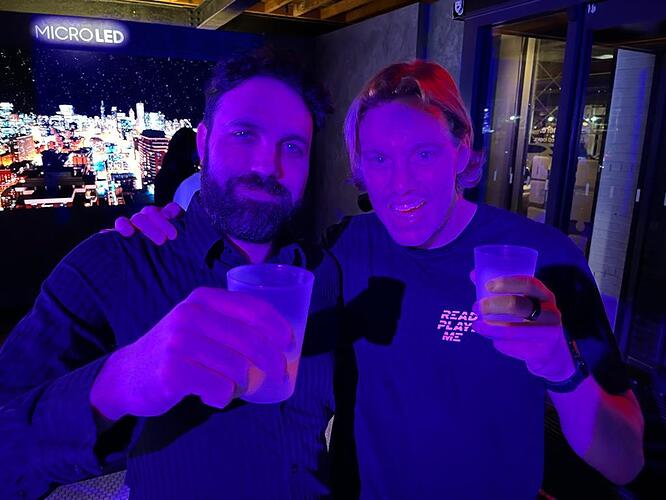 And that in turn has led to our partnership with Ready Player Me to create avatars for users in our communities: 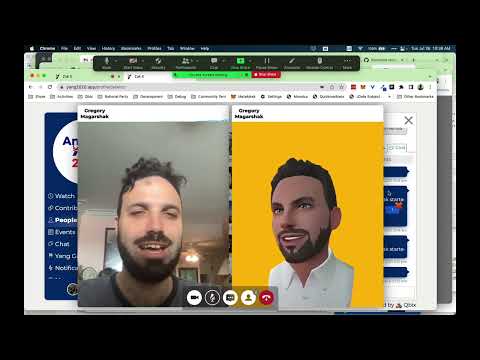 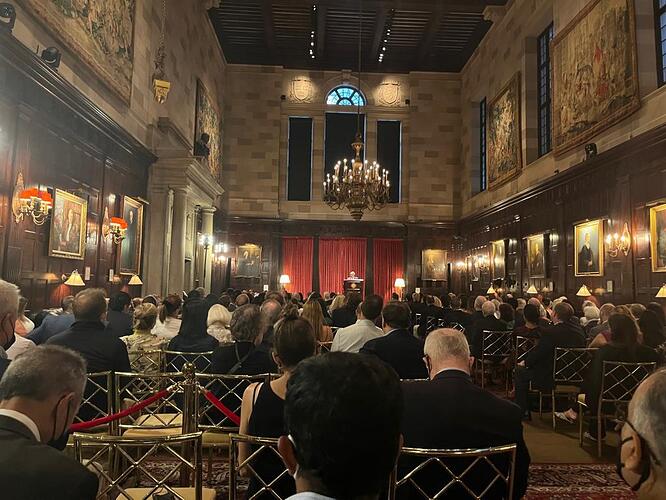 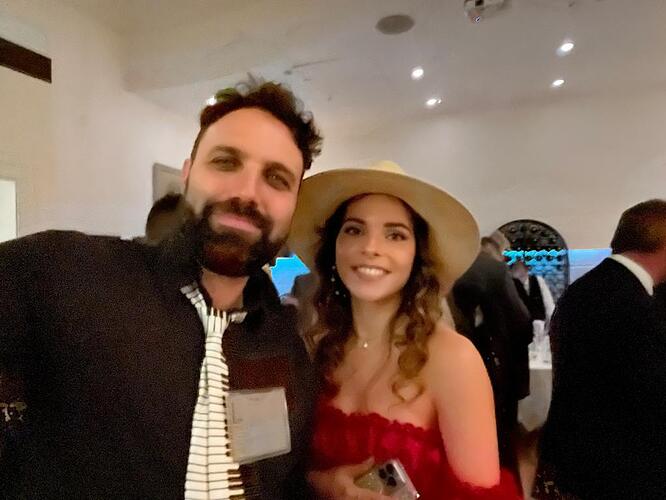 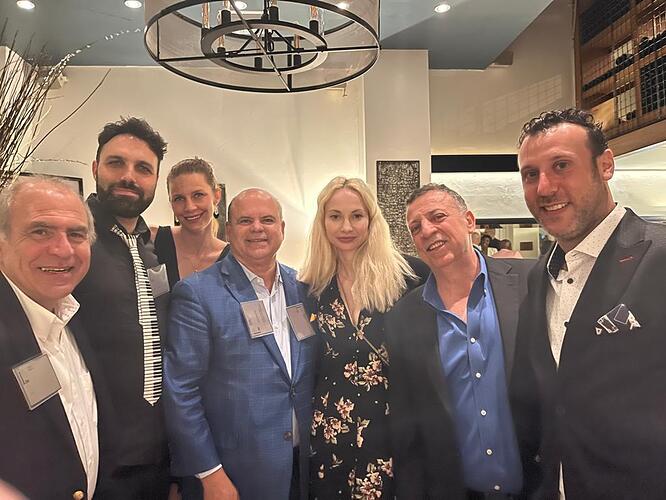 It was there that I met Luca Santonato who runs LUXUNY Atelier, on a penthouse overlooking Bryant Park

We spoke about building a blockchain course with Dr. Merav Ozair who was teaching at Columbia University for a while. 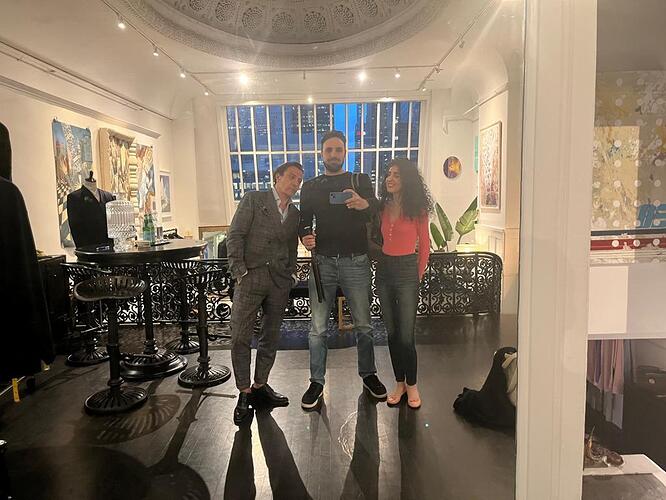 This would lead to the first course of Intercoin University, the Blockchain Business course 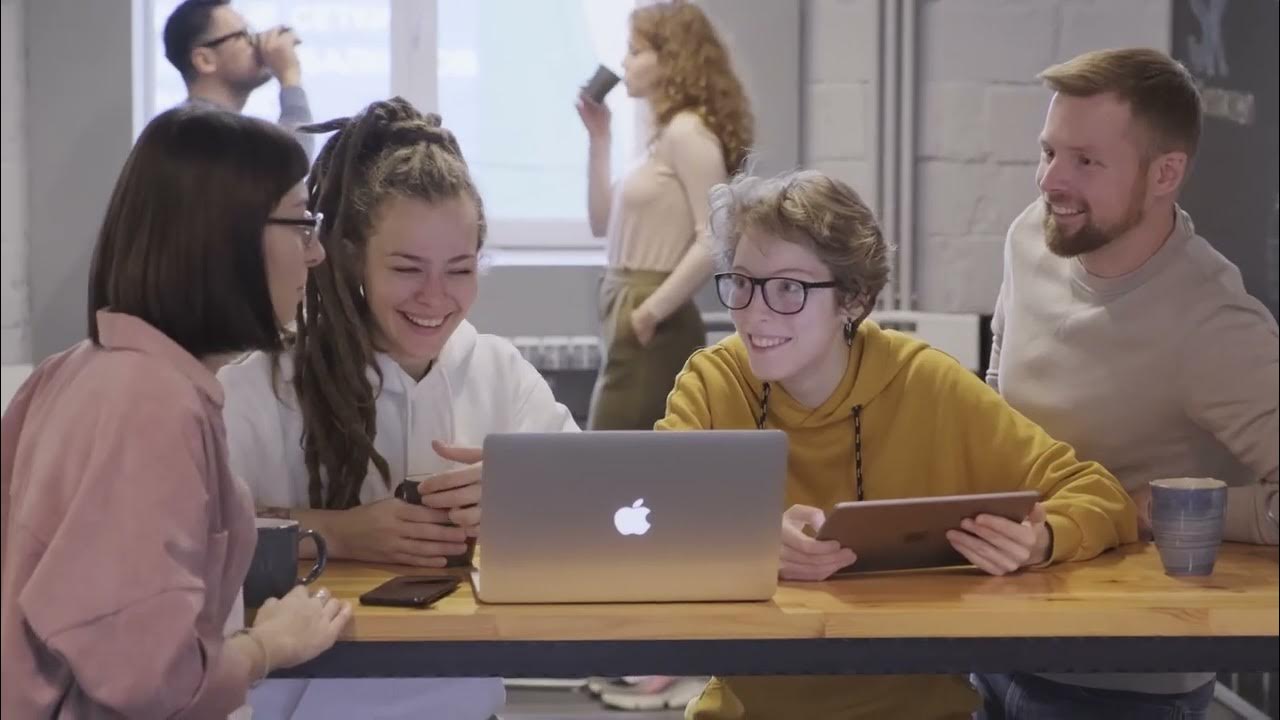 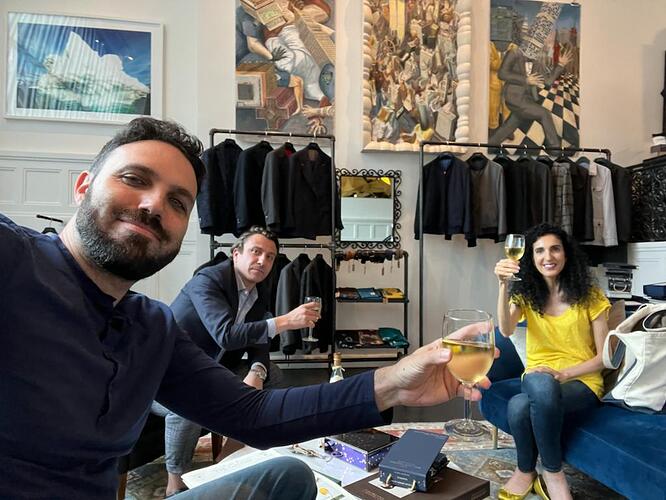 Stopped a guy on a bike on the way back, to take a photo… of me on the bike 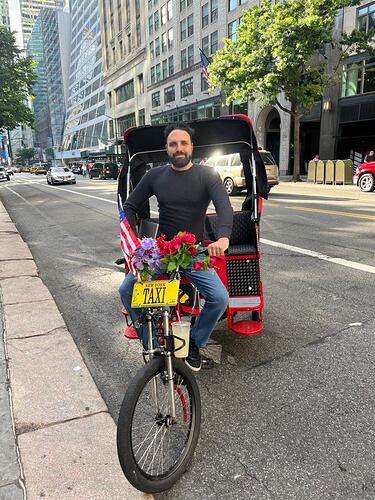 Interviewed Patri Friedman, the grandson of Milton Friedman, on our show 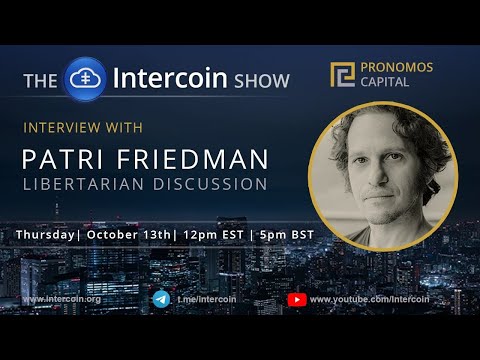 Then found out about Prospera charter city in Honduras, and went for a conference there. Ended up meeting a lot of great people, including some of the organizers! They learned about Intercoin and agreed to work together to help launch an app and coin for their growing community. 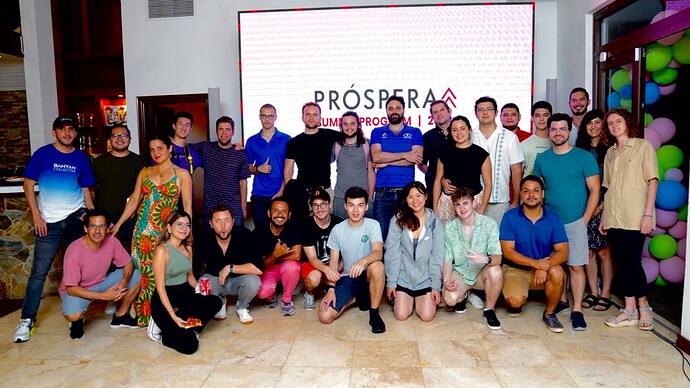 In Miami, I met with some of our investors and friends who run an art + NFT community: 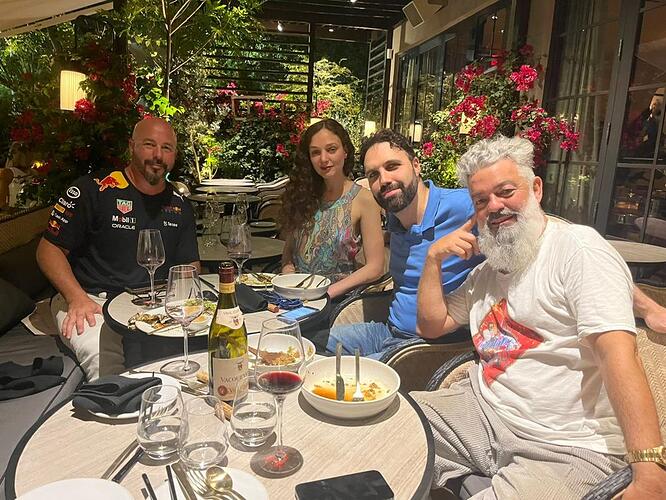 Also met with the mayor of Surfside, Florida, a small town that also could eventually get their own currency, that visitors can use to get discounts on things in the town: 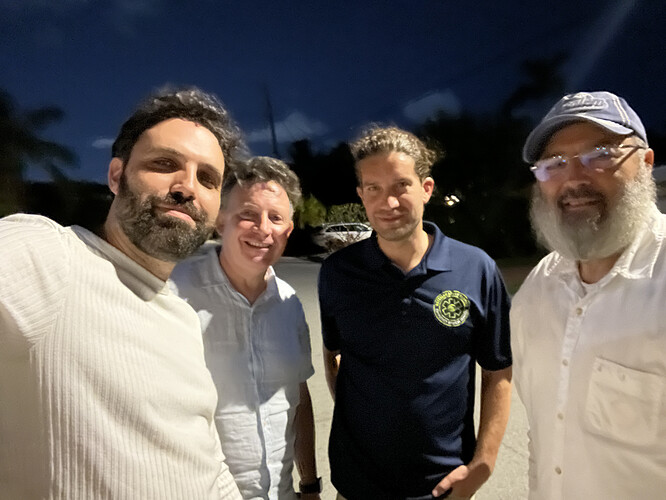 But first, they’ll have to start with their own community app by Qbix: 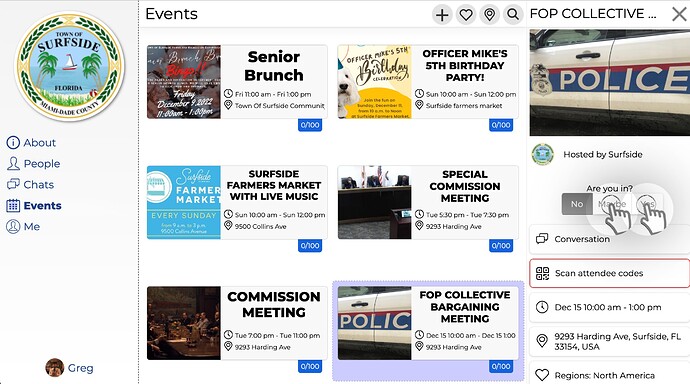 So these are some highlightsl