Crypto not scalable enough to be money - CoinTelegraph

So this was announced earlier this summer: Crypto Not Scalable Enough to Be Money, Says Bank of International Settlements

The Bank of International Settlements says that crypto cannot become a medium of exchange, and lacks “scalability, stability of value and trust in the finality of payments.”

Intercoin began with a vision to build a crypto-currency platform that’s architected more like the Internet. So one of the problems it fixes is scalability.

It turns out that, without this scalability, there won’t be mainstream adoption for payments. It may be useful for large and infrequent money transfers (like international settlements such as this bank is supposed to handle) but not everyday payments. That’s why, after so many years, crypto payments are still not mainstream. Meanwhile, social networks have launched peer to peer payments, and some (like WeChat) have lots of merchants accepting them.

Lightning Network isn’t really going to solve the problem, because it is just for people who have long-standing accounts between one another. Merchants who accept payments from hundreds of random people every day will still need to post every single payment to the main ledger. So a new architecture is needed.

What are your thoughts?

I read the BIS paper when it was published. It is filled with mistakes, unsupported assertions, and misleading charts. It claims that certain advances will not happen in the future (how do they what will or won’t be invented in the future?) They suggest that bugs and glitches in the past were devastating (they weren’t) and damaged the prices significantly (this is only true in the hours after, not in the days and weeks after). In Graph V.9, it shows the price dropping when Silk Road was shut down. But if you look at the price for the next two months after the shutdown, the price increases dramatically.
Graph V.3 makes little sense, and doesn’t really show how the consensus works.

The main problem with cryptocurrencies has been gaining traction and usage. Only Bitcoin and Ethereum have had scaling problems (and only in the past year). The other cryptocurrencies have had lack of use problems. For a city, it is better to have traffic than have no one want to use the roads.
Many cryptocurrencies are working on solving the scaling problem now. Bitcoin is building the lightning network. The lightning network doesn’t just facilitate repeated interactions between two parties. It is adding more sophisticated features like routing, channel factories, and submarine swaps. This allows users to make lightning payments to many different parties without specifically opening a channel.
Ethereum is working on sharding.
Intercoin is working on scaling by using community currencies for smaller, daily transactions, as well as working on different, new consensus protocols.

Agree that Bitcoin was never made to be mass adapted in the first place. It was always a niche use for black market transactions et cetera. But as Daniel said that doesn’t mean there aren’t currencies that DO have scaling capability. Raiblocks/Nano comes to mind, as well as Bitcoin Cash. Each of those has their own tradeoffs though.

Also most currencies are not nearly user friendly enough to see any kind of mass adaptation. Using crypto still isn’t intuitive, and this coupled with the lack of consumer protections means most people probably won’t trust it.

When I first got into Ethereum I spent hours trying to setup my wallet, then a couple of days downloading the entire copy of the blockchain. Same with bitcoin. Whereas for something like Venmo was way easier to setup.

Even WSJ mentioned scalability as a key problem in adaptation.
https://www.wsj.com/articles/bitcoin-turns-10-still-not-all-grown-up-1540987201?ns=prod/accounts-wsj

There are many approaches to scaling. Unfortunately, some projects want to centralize in order to implement scaling, which defeats the entire point of cryptocurrency. It is important to stay decentralized (for many reasons).

It is almost impossible for a normal person to run a full node in ethereum now.

After a decade, crypto still isn’t being used as a medium of exchange. Here is the largest and oldest cryptocurrency in the world, as of today, they make videos like this: 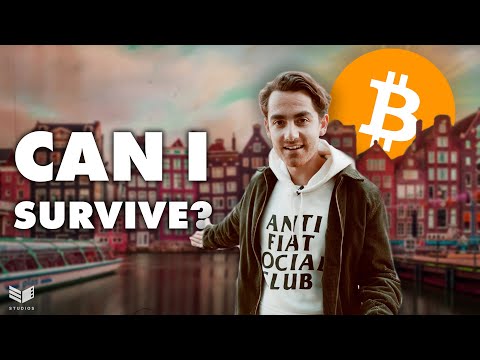 In the same time, centralized platforms like WeChat have are accepted at a million businesses in China and have all but replaced cash. But it has ties to the Chinese government which knows everything and is testing the social credit score to restrict people who aren’t patriotic enough. If the crypto industry doesn’t get its act together and build a scalable and decentralized payment system, we will soon live in a world dominated by CBDCs and extreme central planning by the central banks and large corporations issuing our money supply. It will be worse than the system today where individual bank underwriters make decisions to create curreency, at least based on financial projections of individual businesses and consumer credit.

Yes, it’s the same everywhere. Everyone needs Intercoin App to use it smoothly for their communities.

Intercoin App to use it smoothly for their communities.

Will it be enough for other communities or they need to build their own apps?